THE VOLUNTEERS’ INVESTIGATION DISCOVERED THE TRUTH ABOUT THE MURDER OF TOMMY GRIFFIN. THE FACTS AND NAMES ARE EXPOSED HERE FOR THE FIRST TIME EVER, ANYWHERE.
HOMICIDE, DECEPTION, COVERUP, OFFICIALLY CONDONED FOR OVER FIVE DECADES. Tommy Griffin was 26 when he was shot and killed in a remote area south of Miami. His body was found on October 8, 1963. He had a criminal record dating back ten years, and the official line was that he must have been killed by another criminal. Griffin had been shot three times with two different firearms. Homicide detective Lt. Morton Bromley said that “it was probably one of his buddies who had been double crossed … he had a lot of enemies and we have 2,000 suspects.” No one was arrested.

While reviewing numerous homicides, we noticed that this was another one that warranted close attention. It became apparent that crucial information, witnesses, and evidence existed, but was never acted upon. Official public statements were intentionally misleading and there was no good faith effort to find and act upon the truth. Ties to people and events in other cases existed. Here is a summary of what we have found.

On September 27, 1963, Griffin along with Ruth Genowith and Jack Shea met with a Miami Beach attorney with the last name of Klein. His predicament and options were discussed.

Griffin was a wanted man. He had jumped bond while appealing a 20 year sentence for a Miami burglary. He had been arrested approximately 30 times previously. He had fled to Nashville where he was seen and chased, and where he was charged with fleeing across state lines and shooting at a police officer.

He returned to Miami and was trying to hide while contacting established associates. Previously, Griffin was an asset to local organized crime and corruption but now he had become a liability. There was a concern that Griffin, now wanted by federal authorities, might talk in exchange for lenient treatment. Two men took Griffin to a South Dade canal where Griffin had hidden loot in an ammo case submerged in a canal.

Once Griffin had retrieved the box and its contents from under water, he was shot at the banks of the canal. He was not going to be talking to anyone or trading his knowledge for anything.

His body was in the water about a month before it was found. His boots, removed by Griffin before going into the water and left by the edge of the canal, led to the discovery of his body.

Griffin’s girlfriend later said that he was “Manson Hill’s burglar”. She also said that Hill was present when Griffin died. Persistent rumors in police circles were about Hill and Helman being the trigger men in the death of Griffin.

Griffin’s associates in Miami included Chief of Detectives Manson Hill and Acting Chief of Intelligence Sgt. David Helman. Hill and Helman were involved in burglary rings and organized crime, were indicted in October 1966 as was organized crime burglar Joe Cacciatore. They left the Department, and were never put on trial for any offense. Police and prosecutors gave them a permanent “pass”.

Hill and Helman took charge of the Danny Goldman kidnapping case in March of 1966. Joe Cacciatore and his associate George Defeis, both associates of Hill, were involved in the Goldman crime. It was unprecedented that a Chief of Detectives and Chief of Intelligence would personally take over a case in the field, according to men that worked for him at the time who are today cooperating with the “posse”.

The Griffin investigation was wrapped up without any arrests or prosecutions. It was the same with the Goldman investigation, as with DiMare, Oddo, and others. The system showed no interest in pursuing people that were amongst its own official members – in part, because people like Hill and Helman would be able to show that the corruption reached far above their own positions. The ties, connections and adherence to corrupt practices and people in the 1960’s lives on today in 2017. Even now, there is no official effort to find and disclose truth or to achieve justice. Nevertheless, throughout this web site, civilian volunteers are bringing the facts out so that the public can be aware, and so that as much justice as may be possible today, will be served. 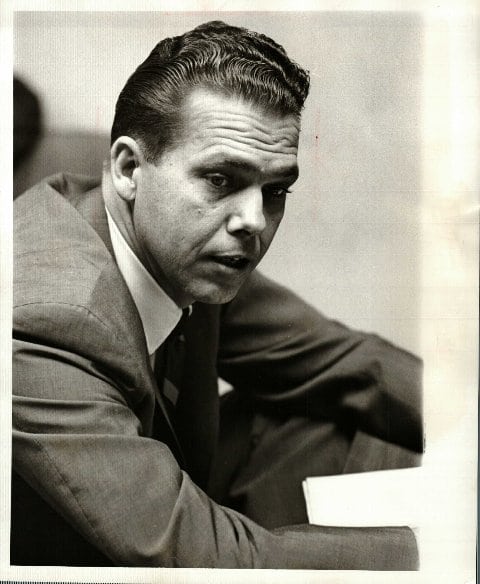 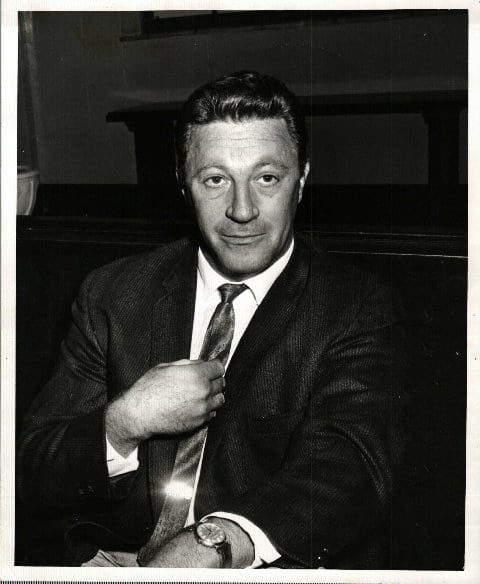