Miami’s Cold Case Volunteers Have Investigated the Death of former Sheriff T.A. Buchanan: The Facts Are Far Different From the Official Conclusions

On November 26, 1976 former Dade County Sheriff T.A. Buchanan was struck by a car and killed.

The driver, a young man who was employed as a bank guard, with both prior military service in Homestead and an arrest record in Dade County, stopped at the scene and cooperated with the investigation. Official police reports, talk in the community, and media coverage concluded that Buchanan was the victim of his own negligence – that he was intoxicated, coming out of a bar/liquor store, wearing dark clothing on a dark night, stepping in the way of an oncoming vehicle, with empty liquor bottles found at his home.

However, with the benefit of recent interviews, official records, family papers, newly discovered documents, and reviews of physical evidence, the ‘posse’ has found indications that the commonly accepted story may be inaccurate.

Buchanan was the County’s last elected Sheriff. He had overcome indictments and scandals until a 1966 referendum passed, changing the system from an elected Sheriff to one appointed by the County Manager. The Sheriff’s Office was largely run by Chief of Detectives Manson Hill until his own indictment. Buchanan and Hill left the Sheriff’s Office in 1966 and neither were ever convicted.

In 1976 Buchanan re-entered the public arena and unsuccessfully ran for Judge. According to Buchanan’s kids, Manson Hill was seeing Buchanan’s ex-wife at the time. On Thanksgiving, Buchanan enjoyed a big dinner with his family. The next day, he received a call, warning him that his life was in danger. He gave his kids money and sent them out of the house, fearing that he would be murdered and his kids would be kidnapped. That evening, he died.

Was it an accident? His family never believed that it was. Now, evidence has been discovered that may justify their concerns. Was there a predetermined outcome to the investigation?

The fact is that when he was struck by the car he was wearing a brightly colored shirt, that there were lights from the adjacent liquor store shining into the street, that he was walking towards – not away from the store, and that he was not intoxicated at all – virtually no alcohol in his blood. Proof of each of these facts has been obtained.

This is a photo of the actual “dark clothing” described in official police reports as being one of the causes of the death: 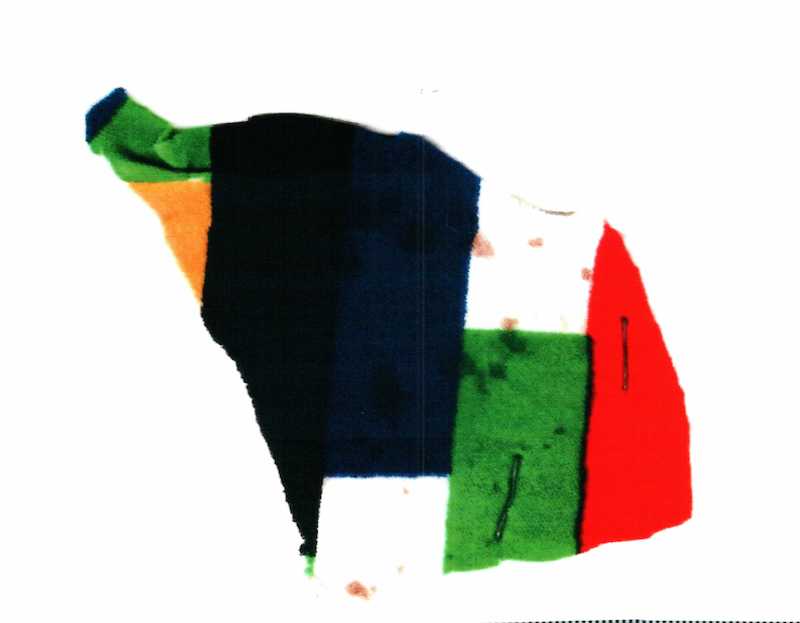 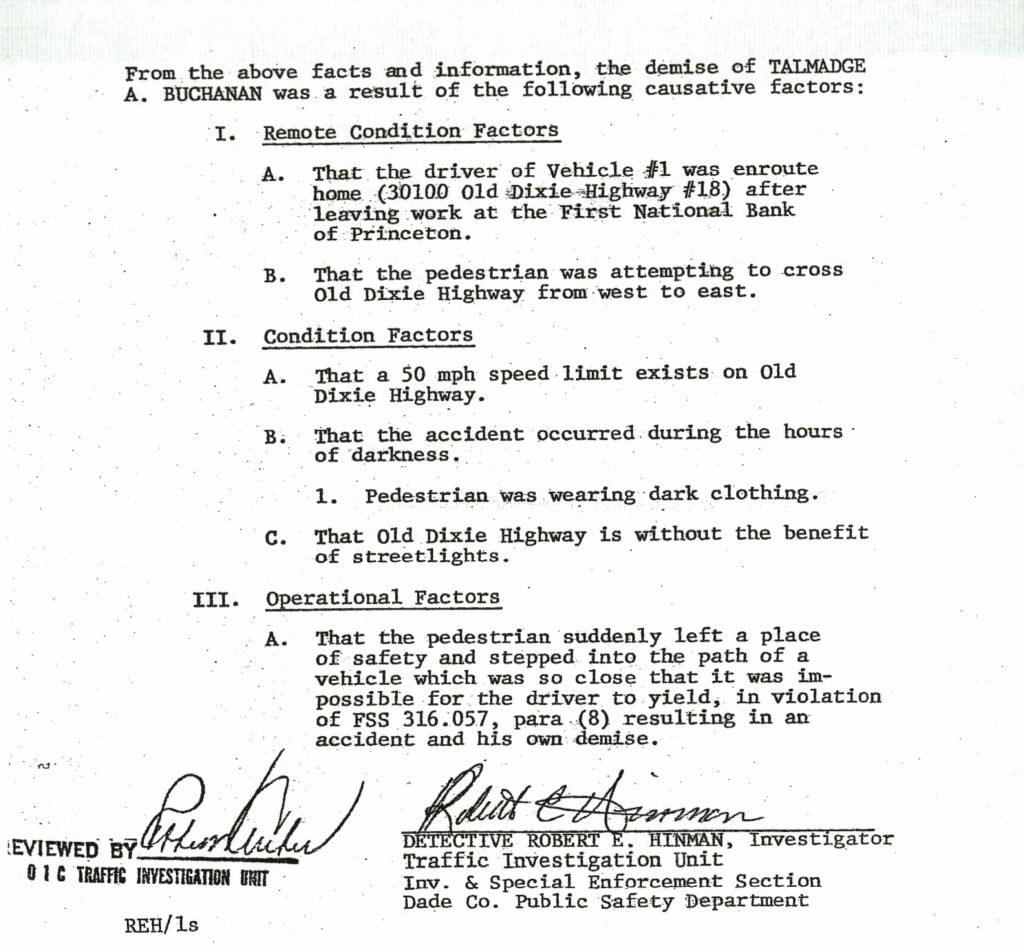 … and rolled out were the rumors about Buchanan being drunk and staggering across the street, walking into the path of a car (he had been known to drink heavily while Sheriff and the rumors were readily accepted). However, Medical Examiner Joe Davis wrote to Buchanan’s mother to confirm that her son was definitely not intoxicated or suffering from any form of disease that would explain a person walking into traffic. 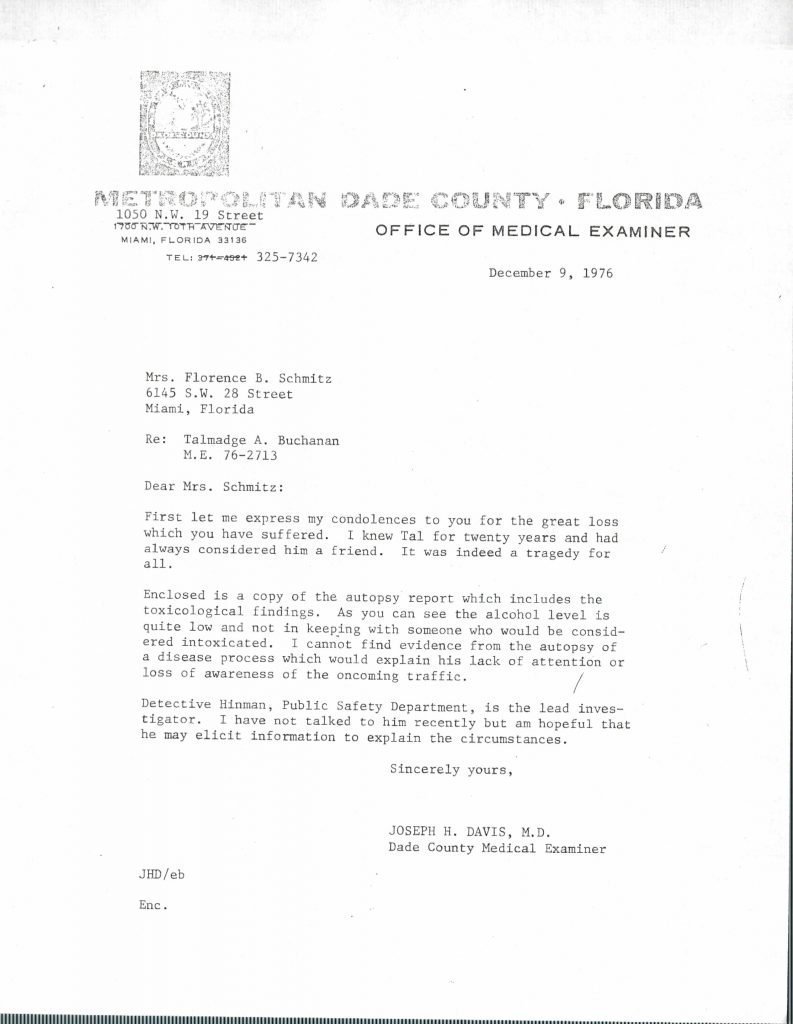 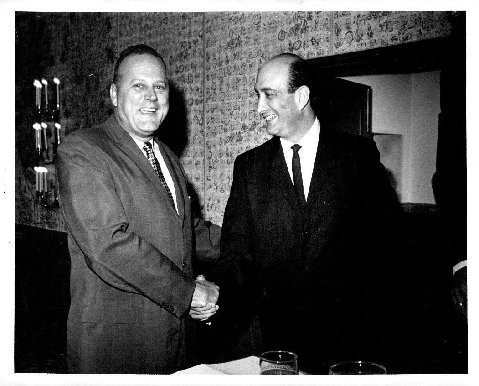 All the more reason why Danny Goldman’s case never had much of chance of being solved at that time. The Sheriff’s Department was far more likely to have been actually involved in the crime and its cover up than it was in its solution or closure. 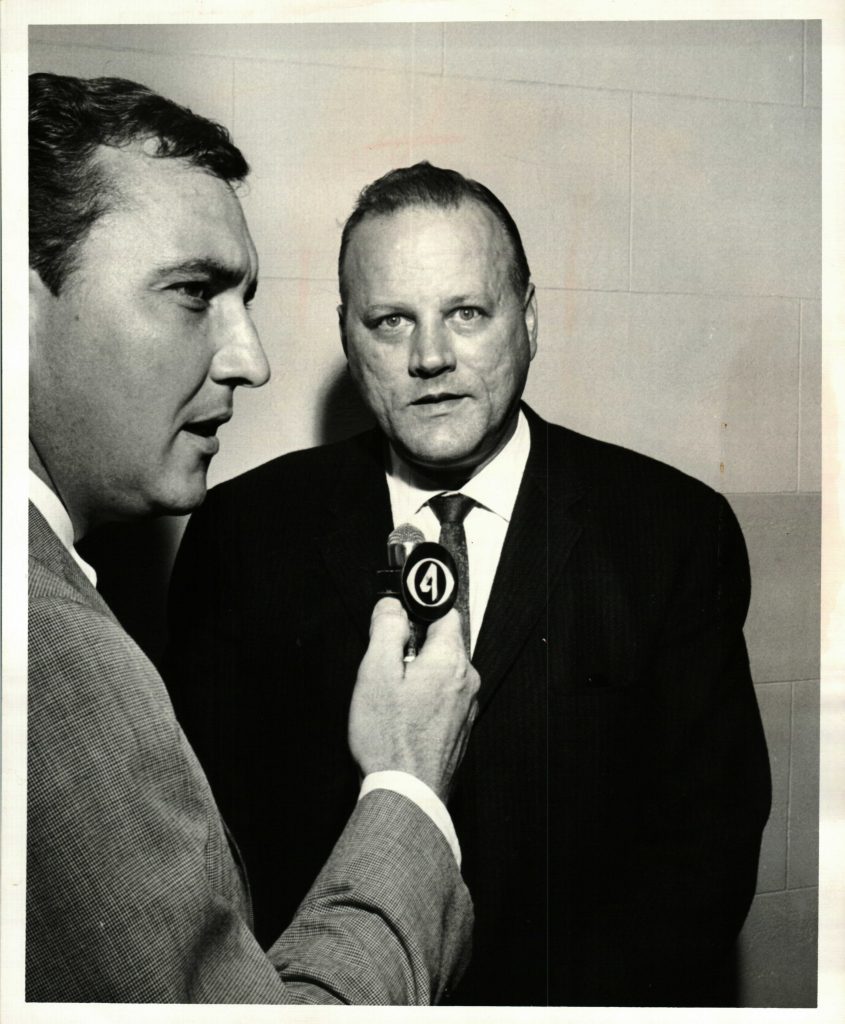