Samuel “Barney” Barnett lived in a home on Cleveland Road in the Biscayne Point area of the City of Miami Beach. On October 15, 1960, Barnett, 41, had breakfast, went to work, had coffee, and then had no other meals before returning home. He came home from work at about 1:00 PM. He said he felt tired, lied down in bed, and died. He had no prior history of illness, disease, or treatment. An autopsy was conducted and death was attributed to “coronary thrombosis”. Therefore there was no homicide investigation. Several decades later the volunteer team took notice of his death, found those circumstances, and decided to look further. Much further.

A brief summary of what we’ve found is being released. Barnett had various means of “employment”. In some circles he was known as a “labor hoodlum”. He had managed bars and strip clubs in Miami Beach and also in Palm Beach County. He was also associated with hotels which were engaged in disputes with union organizers. One of those hotels was the Deauville Hotel on Miami Beach, owned by Morris Landsburg, who was connected to Meyer Lansky. In 1958 Barnett had recommended that the Deauville hire Floyd Holzapfel, using an alias, as the new Chief of Security for the hotel. Soon after that hire was made, the rate and extent of burglaries at the hotel rose substantially. There were also labor related incidents such as hotels being smoke bombed and associated violence at other locations.

On October 1, 1960, Holzapfel was charged with the murders of Judge Curtis Chillingworth and his wife Marjorie Chillingworth. On October 6, 1960, nine days before the death of Barnett, Holzapfel was charged with the murder of a moonshiner – Gene Harvey – in Palm Beach County. We also found that Holzapfel is likely to have been involved in the murders of Charles and Marie Ferri – Charles Ferri was a witness against a top mafia figure in a New Jersey case. Barnett had knowledge of, and likely involvement in, the homicides of the Ferris, the Chillingworths, and Harvey.

Soon after Barnett’s death, Holzapfel and Bobby Lincoln confessed to the 1955 murders and provided evidence against Judge Joe Peel, who was also convicted. In March 1961, during the trial of Joe Peel for the Chillingworth murders, Joseph DiMare was killed by Frances DiMare in North Miami. Frances was then represented by attorney William Chester from Palm Beach. Chester also represented Bobby Lincoln. Chester had purchased Joe Peel’s law practice. When Lincoln provided his confession and evidence to the State, Chester sought payment of a public reward for the Chillingworth information that his client Lincoln had provided. Finding the reward request unethical, the Courts denied it.

Chester married Frances DiMare, continued to proclaim her innocence, and even after they had divorced a few years later, they continued to engage in “business” together including handling trusts of wealthy Palm Beach residents. Chester was later convicted of financial fraud in federal court in New York.

Barnett had been associated with Julius Levy, who also involved in mob activity in Palm Beach County – and Levy too died under suspicious circumstances.

Since there was no “treating physician” to sign a death certificate, the case went to the medical examiner. The official conclusion of police and autopsy was that Barnett died from natural causes. He had, officially, had a fatal heart attack.

However, our investigation into Barnett’s death and all of its related persons, events, and circumstances, led towards another conclusion. We investigated the death and the surrounding circumstances and researched chemicals that were available for use at that time which if administered, would mimic the appearance of a heart attack. Barney Barnett was certainly not the death within our investigations whose death involved a totality of circumstances that warranted further work in this area.

Those efforts continue today, but along the way, we found that in this particular case, we were not the first on this path of homicide in the form of an apparent heart attack. Back then, private detectives Bill McCrory and Earl Venno did report that Barnett had been murdered with the use of chloral hydrate because of his knowledge of Julius Levy, Judge Chillingworth, and Judge Peel. Nevertheless, there was no official follow up, investigation, or public statements.

Fast forward scientifically, here is a medical study from 2011, relevant to our investigation: https://www.ncbi.nlm.nih.gov/pubmed/21318465

Some detectives at the time knew that there was more to the story. They also knew the powers that be were content to let things go. Several of them attended the funeral of Samuel Barnett. A few took photos of those leaving the funeral service. We have those photos.

The volunteers’ findings and determinations indicate that many murders and other major crimes in South Florida were committed by the highest levels of organized crime and that because of their huge influence over the leadership of official agencies, rarely was anyone convicted of the crimes and always there was a protective ceiling constructed that prevented public accountability, criminal culpability, or disclosure of the upper levels of the criminal organization that committed them. We now break through those protective ceilings.

Barnett’s death appears to be yet another part of the huge puzzle of organized crime, homicide, kidnapping, burglary, illegal gambling, money laundering, public corruption, and misdirection of official agencies. It was a puzzle designed to never be visible, never to be pieced together. The volunteers’ findings have been compiled, and much is being released, while certain aspects of the overall investigation still remain active. Already, both the historical and current understandings of what has been going on in South Florida for a very long time are now becoming accurate for the first time ever. 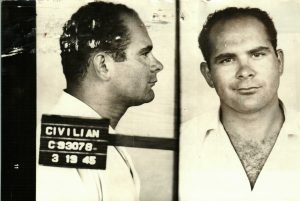 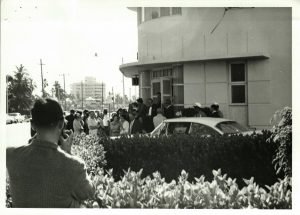