The volunteer citizens cold case team found and delved into the unsolved homicide case of Estelle Oddo. The facts have been discovered. Had they been acted upon back then, other lives would surely have been saved. Even the investigating detectives were deceived by the “upper echelon” to prevent arrests, convictions, and public awareness. The hard work of honorable policemen was thwarted by corruption higher up the ladder. 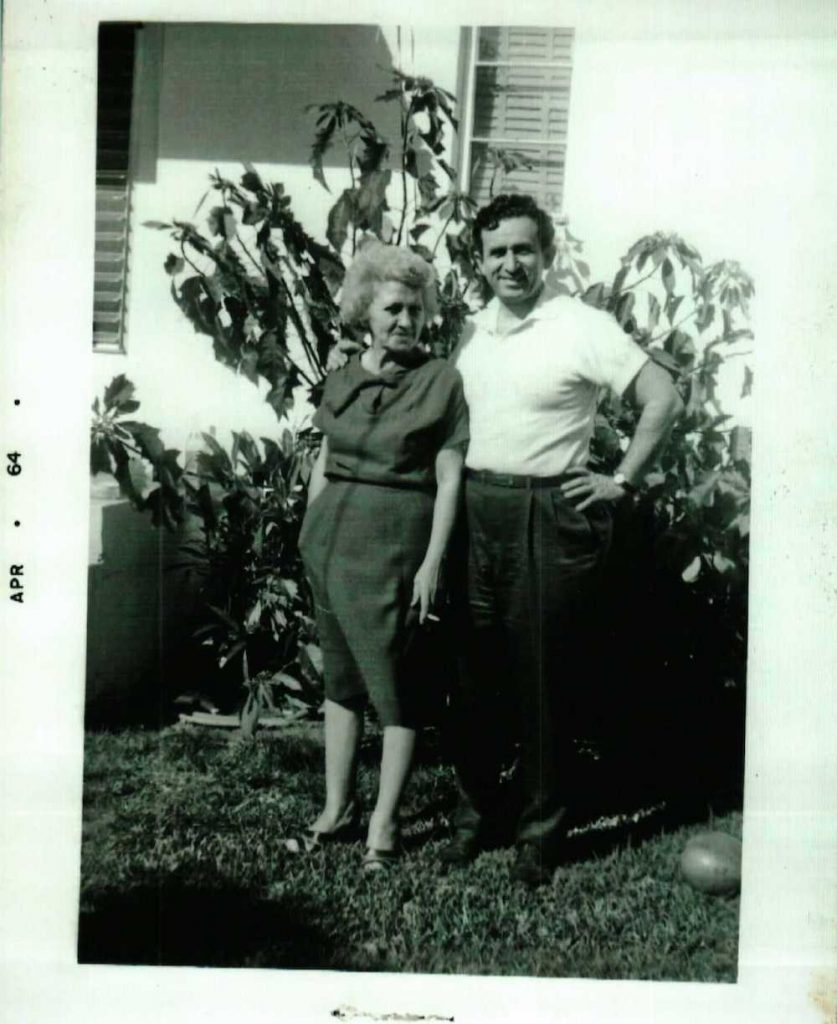 Estelle Oddo, 58, was found dead in her apartment on October 23, 1966. Mrs. Oddo lived on the first floor of an apartment building just west of Miami Shores in unincorporated Dade County. An anonymous caller to the Dade County Sheriff’s Office reported a burglary in progress. Responding deputies found Mrs. Oddo bound, gagged, and bruised from a scuffle. She had suffocated on the gagging.
Items apparently stolen included personal jewelry and her late husband’s European firearm. The intruder had entered Mrs. Oddo’s apartment through the rear sliding glass door.
The murder was never solved. However, the volunteers have recently found startling connections between what happened to Mrs. Oddo and what happened to a number of others, including Danny Goldman. We have also been able to share our findings with the now retired detective who would have made an arrest for the murder of Mrs. Oddo, had he known then what we have told him now. Had that arrest occurred, and had the participants in this crime had been exposed, other cases could have been solved and future victims could have been saved.
In the apartment two doors down lived George DeFeis and his alleged wife Shirley. However Shirley was actually Shirley Cacciatore. Also known as Shirley Poveromo, mother of Anita Poveromo. Just two years later, young Anita would also be deceased – officially from a heroin overdose. We believe otherwise….
While Mr. and Mrs. DeFeis were being questioned by detectives in their apartment, Joe Cacciatore walked in – he apparently had a key or was otherwise living there. Next to Estelle Oddo; they knew of her jewelry.
On the day following the death of Mrs. Oddo, George DeFeis suffered a gunshot would to the hand. He said it was self inflicted. He refused to provide the firearm to the police. Later, Shirley Defeis Cacciatore showed detectives a pistol she brought out from under the couch, a Beretta .32 auto. Did Cacciatore shoot Defeis in the hand, as punishment for making a phone call?
The anonymous call to the police that led to finding Mrs. Oddo’s body was recorded by the deputy working the desk. Detective Bob James and Sgt. Lou Diecedue, acting on information developed by James, later called George Defeis from that same desk phone, and recorded the conversation. They had the incoming call alerting the police to go to the apartment of Mrs. Oddo, and the outgoing call from the same equipment – to George Defeis.
The Sheriff of Dade County, T.A. Buchanan, asked the FBI to compare the two recordings, but FBI Director J. Edgar Hoover refused, personally responding to say that the science had not sufficiently developed and the FBI did not perform such work for local departments. The two recordings were then forwarded for analysis to an audio lab run by an internationally recognized expert in voice print analysis, located in New Jersey. Following the examination of the recordings, the lab notified the Sheriff: the anonymous caller was George Defeis. Voice prints on the tapes were a match. The case’s lead investigator, Detective Bob James, was not informed.
When the voice print match was discovered by Paul Novack five decades later, he shared the information with Bob James. “Had I known that then I would have arrested George Defeis for first degree murder,” said James. He knows who was in charge back then, and who kept the information from him. The same “upper echelon” men in the Sheriff’s Department that were involved in quite a few other officially unsolved homicides of the era.
There was a call made following the burglary/kidnapping/murder of Danny Goldman. There was also such a call made following the burglary/murder of Gertrude Henschel. And, there was the call made following the burglary/murder of Estelle Oddo. Point of entry for all three of these intrusions and homicides: rear sliding glass doors.
No one was ever arrested or prosecuted for the murder of Estelle Oddo. Same for the others… seems George Defeis was involved at the core of all of these crimes.  He was a member of the Santo Trafficante network, as firmly established by the volunteers’ investigation.
Tampa had a courageous policeman who vigorously fought the area’s organized crime and its bosses. He was forced into retirement. He began working with federal officers going after the same mobsters. One day, nine years after the separate 1966 murders of Estelle Oddo and Danny Goldman, a car pulled up in front of the Cloud family house. Two men were in the car. Sgt. Cloud was home alone. The car’s passenger walked to the front door, rang the bell, and when Sgt. Could opened the door, he was shot in the face. The shooter kept firing until Sgt. Cloud went down, then he went back to the car. The two men drove to Miami – straight to the apartment of George Defeis. Defeis had counterfeit cash and drugs for them. Cloud was assassinated by organized crime led by Santo Trafficante and his right hand man Frank Diecedue. Cloud is amongst those whose lives might have been saved if the wave of major crimes and homicides had been stopped earlier. Even after all these years, the facts, the connections, the web of criminality and corruption, must be exposed and understood for the very same reason – to guard against such a wave occurring again in the future.
These photos show where Mrs. Oddo lived, and where she was murdered; photos taken in 2013 as part of scene investigation done by the volunteer cold case team. The premises remain intact today, as they were in 1966. Late in 2019, having uncovered the truth about this crime and how it connects and related to others within our comprehensive investigation, we release this information. The overall effort continues. 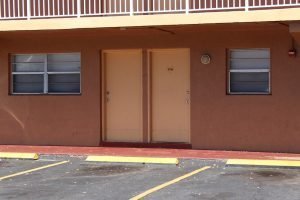 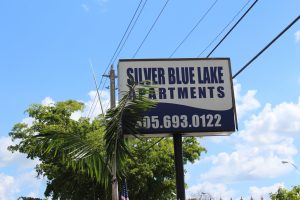 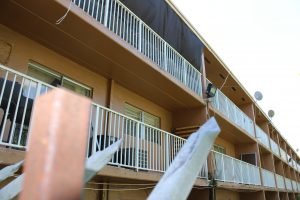 The volunteers’ findings were presented again to the detectives of the Miami Dade Homicide Bureau, Cold Case Unit, in late 2019. Their dedication is appreciated and we are working towards a cooperative and proper and final conclusion to this case and others.